My favorite holiday…is Thanksgiving. And here’s why. 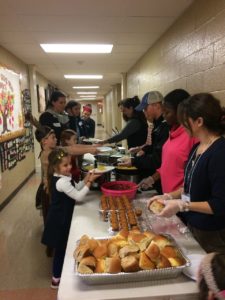 In the late 90’s, after a cross-country move, we found a school/home at Dayspring Christian Academy. We saw that the children could grow up as part of a school family and they would be loved, as well as taught. After a couple years, I joined the going-to-school ranks, filling in a need for a Latin teacher. There are two things that come out loud and clear at DCA. There is a lot of talk about self-government, and Thanksgiving.

I found the self-government helpful as well as challenging, and useful in family life. It is key to the Thanksgiving story. Originally, Thanksgiving at Dayspring was celebrated by an all morning event, in which the teachers were instrumental initiating the reenacting while the mothers cooperated in providing a whopping turkey dinner. The kids had to reenact the Pilgrim story as well. After doing it year after year, they were ……let’s say, getting bored with it.

Then, there was a staff meeting. Our Headmaster asked us if we wanted to do a living museum and the students would be invited to volunteer. This was totally embraced. Sewing machines came out, prop painting was undertaken, storing the props was planned and scripts were written. Several stations were planned, starting with an introduction to the Pilgrim story. Then, groups were dismissed to meet the ‘Pilgrims’ at Scrooby Manor, William Bradford’s home. This was ‘my’ station. 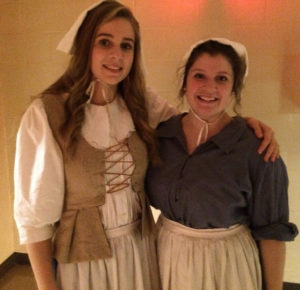 Memorizing, rehearsals, setting up our stations. It was delightful work. It was work. And camaraderie. Then the evening would come and we would repeat our scene over and over for about 3 hours straight. I think we did two evenings. By the next day, we were on Thanksgiving break and, if we (teachers) were done with our grades, we were free. For a week. It wasn’t like Christmas where you have to be mindful of gifts and decorations and concerts/recitals and visits. It was free time. It was the end of the first trimester, the culmination of that early push into a new school year. For teachers, it was a sweet week. There was time for music and dinner with family and friends and to enjoy each other’s good company.

I still feel that time, maybe not for a whole week, but the slowdown of that time…where the gardens are done, the fire is lit, and there is time for company. I miss those kids who have since grown up and have children of their own.

Last week I saw on Facebook that they (Dayspring Christian Academy) were doing it (Thanksgiving Exposed) and I thought, “I never saw the whole thing!” So I signed my man and me up when we went! I saw at least a few former students acting in adult roles. I hope their Thanksgivings are refreshing and sweet. It was so good to see familiar faces and to see good work continue. 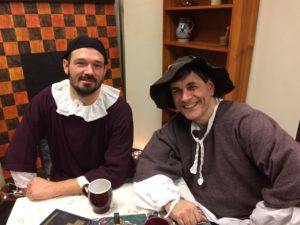 Many thanks to those who said the same things over and over again for 3 hours.

This article originally appeared on the author’s blog. Many thanks to Melinda DiBernardo for allowing us to share her work! If you are interested in seeing Thanksgiving Exposed for yourself, please register now. 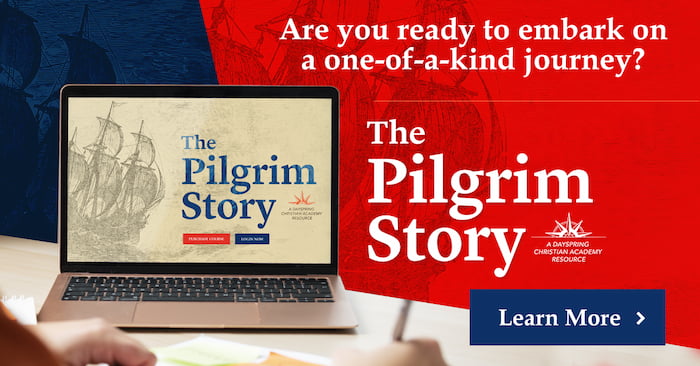