Facebook is fond of posting nostalgic flashbacks from my generation. Low res pics of kids on bikes with banana seats and sissy bars (look it up) are profiled along with reminiscences of helmetless bike rides, seatbeltless car trips, drinking from water hoses, and playing until the street lights came on. I resonate with those posts because they truly capture life in the seventies. I chuckle wondering how we survived. And I could add a few more memories, like the penny candy store next to my school, roller skate keys, and no air conditioning anywhere except the grocery store.

Those posts invariably end with the lament that my generation was more resilient and less entitled than kids today. I may be biased, but I don’t disagree.

My own children, raised throughout the nineties and early two thousands, barely remember a time before computers. They do, however, remember dial-up, when we all waited with great anticipation for the whirs and groans to stop droning and churning, signaling an internet connection. We didn’t mind the wait. The technology was too mind boggling to care. Now, though, after 20 years of staggering advances, if it takes more than three seconds for our computers to respond we’re ready to turn them in for a newer model. 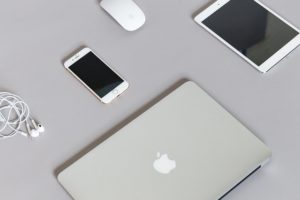 Over the past several decades in America, much has been accomplished to assure the safety and comfort of humans. Most of it is good and necessary, like bike helmets and seat belts. However, an unintended consequence of technological advances toward comfort, expediency, and safety is this generation’s seemingly prolific sense of entitlement. Certain creature comforts, like air conditioning, cell phones, cable, and even bottled water carry a tacit expectation in today’s culture.

Attention spans and long suffering in the face of personal discomfort seem to have diminished, particularly in the last decade. Most middle class American kids live, drive, and go to school in air-conditioned environments, wilting if they have to spend even just a few minutes in a climate-uncontrolled space. The average age of American kids who receive a cell phone is 10.3 years. An electronic device is viewed as a need, not a want. To have an electronic device as a child in this generation is an entitlement.

Entitlement is largely defined as “an unrealistic, unmerited, or inappropriate expectation of favorable living conditions and favorable treatment at the hands of others.”

We love to give good gifts to our children. This is part of our status as image bearers (Colossians 3:10). But do our children deserve good gifts? Is there ever a time when we should withhold good things from our kids? How can parents provide good things for their children while avoiding instilling a sense of entitlement in them?

Here are four things parents can do to curb entitlement in their children.

It’s hard, I get it. It’s sometimes easier to curb the temper tantrum than it is to endure it. But ‘no’ is one of the strongest, most effective parenting tools. It is essential to remember the goal of parenting is our children’s future competence and godliness, not their present happiness.

If you are one who fears saying ‘no’ to your child, start small and be intentional. Go to CVS with your child and stroll up and down the aisles. Pick up some shampoo and a prescription, and when your child inevitably asks for gum, or a toy, or an enormous bag of gummy worms, take a deep breath and say, “no.” If they persist, take a deep breath, say a prayer, and say, “no.” The accompanying screaming will diminish in time, after your child realizes it will not get him what he wants. Eventually, your child will either stop asking or will accept the denial. Use that as an opportunity to thank God and praise your child for their obedience and maturity. 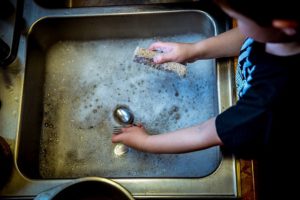 The Bible teaches that folks who don’t work don’t eat (2 Thessalonians 3:10). Of course, in America, this isn’t always apparent, but the principle is true nonetheless. Teach your children the value of work. Be intentional in giving them jobs to do, and point out the fruits of their labor.

Remember the gummy worms in CVS? Have your child set a goal to work for them. Even the littlest member of the household can help with laundry or dishes or feeding the dog. Although chores should and must be an expectation of membership in a family, a child can be given extra jobs that are completed to achieve goals. Those gummy worms might even taste sweeter having come from the sweat of your child’s own brow.

When my children were little, just before Christmastime we would have them clear out their toys. They were allowed to keep only those toys that could fit in the toy chest, with the lid tightly closed. The rest would be given to charity. Invariably, we would end up with at least one trash bag filled with toys to take to Goodwill or Toys for Tots. It wasn’t easy for our children, but it taught them that their stuff is not ultimately theirs, but God’s. It also taught them that “stuff” is temporal, but God’s principles are eternal. The joy of sacrificial giving is antithetical to an entitlement mentality.

4. Give them opportunities to serve.

As Christian parents, one of our great responsibilities is to help our children grow with “the mind of Christ” (1 Corinthians 2:16). One of Christ’s great attributes is his servanthood. Christ came to serve, not to be served, and we are to do the same. Christ’s humility is to be emulated. John Piper said, “The great opposite of humility is a sense of entitlement.” It follows, then, that the great opposite of entitlement is humility.

We have friends who do not celebrate Thanksgiving in the traditional sense. Instead, on Thanksgiving Day, their tradition is to take their entire family to the local shelter to serve the Thanksgiving meal. 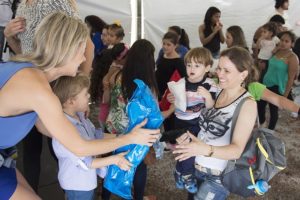 There are endless opportunities in the community, and in our own homes, to serve. Pen pals, visiting people in nursing homes, sponsoring a child and keeping in contact with them, shoe boxes at Christmas, greeting at church…the list is endless.

Daniel Akin, in an article in Desiring God, said,

Suddenly, the green monster of pride sneaks into (people’s) lives and an attitude of entitlement begins to transform a once gracious and humble servant into a hulk-like prima dona who less and less resembles the simple carpenter from Galilee.

Cultivating an environment for our children where ‘no’ is a teaching tool, stuff is held loosely, work is expected, and servanthood is the norm leaves no room for “the green monster of pride” that feeds entitlement. There is great joy in living according to the beautiful and humble mind of Christ.