Does understanding the Constitution really matter?

Why does Dayspring Christian Academy, so many years after the signing of the Constitution, still teach our students about it? Does understanding the Constitution really matter? How does the Constitution impact our lives today? In this blog post, we answer these questions and more.

To understand why Dayspring continues to educate our students on the Constitution and it’s impact, an understanding of the Principle Approach and it’s inception is required.

In the 1960s, as the nation’s public schools were becoming increasingly secular, two Christian educators in California began to research American education. These educators wondered how the founders of this great republic were able to establish a nation of such exceptional quality. These educators, Verna Hall and Rosalie Slater, began to research the methods of education used in Colonial America (from the mid-17th Century into the mid-19th Century), along with the founding documents that that education produced. They began to compile their discoveries into what would become the publication The Christian History of the Constitution of the United States (CHOC).

This book, CHOC, which is a compilation of primary source documents, along with the author’s notations and editorials, became the backbone of what would become known as The Principle Approach and Dayspring Christian Academy along with it. It is the companion reader to the resource, Teaching and Learning America’s Christian History. These two works also serve as invaluable resources for the individual seeking to learn America’s Christian heritage.

Where Teaching and Learning outlines the seven main principles of the Principle Approach, CHOC provides the supplementary material. In it, readers will find primary source documents, journals and papers that chronicle God’s providential hand in the creation of the American republic. The authors trace key events in human history, often referred to as the “Chain of Christianity’s Westward March.” Chronicling both religious and civil freedom, these works show the link between ideas and philosophies that are distinctly Biblical and Christian and how they played a key factor in the founding of America. From the Apostolic Age to the formation of the Medieval Catholic Church, from the Protestant Reformation and its effects on the spread of the Scripture in the common language, CHOC shows the link between the Bible for the common man and the spread of freedom. 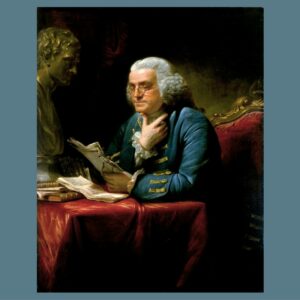 To that end, Dayspring Christian Academy, along with its sister American Principle Approach Schools, continues to use these two works to both train teachers and as a resource for the high school history courses. The Foundation for American Christian Education (FACE), the parent company of the Principle Approach, continues to publish these treasures so that America’s unique story can continue to be told.

Understanding these foundations changes the way readers understand the Providential hand of God in history and how the proper education of children should illuminate and bring understanding of His hand. Today, as we remember the ratification of the Constitution of the United States of America on Constitution Day 2016, we challenge you to learn about Christianity’s influence in pivotal historical occurrences, such as the framing of Magna Charta and the English Bill of Rights, the Mayflower Compact, and finally, how the “Compact Theory” of government would become the basis for the Declaration of Independence and the Constitution of the United States. You can learn more about this invaluable book here.

So, how does the Constitution impact our lives today? We believe the answer to this question can be found in the words of Dr. Jedidiah Morse, in a sermon he delivered on April 25, 1799. Dr. Morse described the depth to which Christianity and our American government are intertwined: “‘If the foundations be destroyed what can the righteous do.’ Psalm 11:3. Our danger is of two kinds, those that affect our religion, and those that affect our government. They are, however, so closely allied that they cannot, with propriety, be separated. The foundations which support the interest of Christianity, are also necessary to support a free and equal government like our own. In all those countries where there is little or no religion, or a very gross and corrupt one, as in Mahometan and Pagan countries, there you will find, with scarcely a single exception, arbitrary and tyrannical governments, gross ignorance and wickedness, and deplorable wretchedness among the people. To the Kindly influence of Christianity, we owe to that degree of civil freedom, and political and social happiness which mankind now enjoy. In proportion as the genuine effects of Christianity are diminished in any nation, either through unbelief, or the corruption of its doctrines, or the neglect of its institutions: in the same proportion will the people of that nation recede from the blessings of genuine freedom, and approximate the miseries of despotism. I hold this to be a truth confirmed by experience. If so, it follows, that all efforts made to destroy the foundations of our holy religion, ultimately tend to the subversion also of our political freedom and happiness. Whenever the pillars of Christianity shall be overthrown, our present republican forms of government and all the blessing’s which flow from them must fall with them.” In short, the Constitution ensures that we continue to enjoy the freedom we have today. 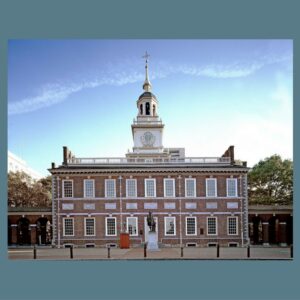 Does understanding the Constitution really matter today? Educator Verna Hall reminds us that, “Each religion has a form of government, and Christianity astonished the world by establishing self-government. With the landing of the Pilgrims in 1620, Christian self-government became the foundation stone of the United States of America…Reading and studying American history revealed the fact that this nation is unique; it had a singular beginning; it has the sacred covenant of individual freedom or local self-government in all spheres entrusted to its care.” Understanding the Constitution and its relationship with Christianity ensures that we do not “easily recede from the blessings of genuine freedom”.

On this special day, we celebrate the Lord’s Hand in the founding of our nation, expressed in written form through the genuine freedom that was established in the form of self-government in our Constitution.

For more information about the Principle Approach, or to learn more about Dayspring Christian Academy, please contact Karol Hasting at 717-285-2000 or schedule a private tour using the button below.