Have you heard about the guest speakers that came to our 2017 Remember America Speaker Series? Let us introduce you to one of our speakers: Dr. Jay Sekulow.

Dr. Jay Sekulow is a prominent figure in the ongoing battle for religious liberty in the United States, and around the world. Sekulow knows firsthand the huge burden that religious persecution can have on a family. Sekulow comes from a Jewish family who fled Europe in the early 1900’s; Sekulow’s Grandfather, along with many others, fled from Russia to the United States in search of religious freedom. Jay Sekulow has spent the majority of his life working to make sure that America remains a country with the religious liberties that his grandfather came here to find.

Jay Sekulow shared the story of his early years on the Jews for Jesus website giving a little peek into what those years were like. Sekulow grew up in a Jewish family in New York and then later in Georgia. In his early years, Dr. Sekulow attended Hebrew school and recalled that the topic of Religion was not a normal topic of conversation in his childhood home. Later, when the Sekulow family moved to Georgia, young Jay Sekulow attended High School and put up some mediocre grades during his time there. He reminisced that he didn’t put much interest in school and learning until his college years. Atlanta Baptist College (later known as Mercer University) was Sekulow’s school of choice, and he attended there following a year of Junior College.

The beginning of Dr. Sekulow’s college career was filled with trying to prove those at his college wrong about how they viewed Jesus Christ as Messiah. Sekulow however, met an influential friend named Glenn, who encouraged Sekulow without forcing his personal beliefs on him. Glenn encouraged Sekulow to find answers to his questions about Christ and offered different Scripture passages to help him find the answers. Eventually, after much study and research, Dr. Jay Sekulow came to believe that Jesus Christ is the Son of God. It was in February of 1976 that he decided to follow Christ. Sekulow told his parents of his new faith, and they responded by not attacking him; but rather letting him make his own choice.

Sekulow graduated from Mercer University in Macon, GA with a Bachelor’s degree; following his Bachelor’s degree, Sekulow obtained his Doctor of Jurisprudence from Mercer Law School. Following his education at Mercer University, Jay Sekulow also earned his Ph.D. from Regent University. Dr. Sekulow defended his doctoral dissertation on the topic of American Legal History. To begin his professional career Dr. Sekulow took a position as a trial tax attorney for the Internal Revenue Service. A few years later, Sekulow opened a private practice which became a fast growing legal firm in Atlanta, GA.

Dr. Sekulow began to work with the organization Jews for Jesus in 1986 when he became the General Legal Counsel for the organization. In 1987 Sekulow was serving with Jews for Jesus as their General Counsel, and as a member of their Board of Directors. It was during this part of Dr. Sekulow’s career that an interesting opportunity was presented to him. There was a case that was brought before the Supreme Court in 1987: Board of Airport Commissioners V. Jews for Jesus, 482 U.S. 569. This particular Supreme Court case was the very first case that Sekulow ever brought before the Supreme Court. The case came about as a result of members of the Jews for Jesus organization being arrested for passing out pamphlets in the Los Angeles International Airport. The individuals were arrested as a result of an ordinance from the Board of Airport Commissioners, which banned any activities that are defined in the First Amendment. Sekulow argued that this ordinance violated the rights that these individuals had for free speech. Sekulow had never brought a case before the Supreme Court before this, yet he articulated the argument against the Board of Airport Commissioners so well that the Supreme Court unanimously agreed with the argument that Dr. Sekulow presented.

Dr. Sekulow has represented several individuals in the twelve different Supreme Court cases that he has represented. Just three years after the Jews for Jesus case went to the Supreme Court, in 1990, Dr. Sekulow went to battle again for religious freedom. In the case Board of Education of Westside Community Schools V. Mergens, 496 U.S. 226; Sekulow specifically represented a group of students led by Bridget Mergens who desired to form a Bible club at their High School, and were denied their rights to have a Bible club. Sekulow was once again successful when he argued that denying these students the opportunity to form a Bible club violated their personal free speech rights. The Supreme Court ruled in favor of the students with an 8-1 decision.

Several mainstream Supreme Court cases have also been graced with the talents of Dr. Sekulow including a more recent case in 2009. Pleasant Grove City V. Summum, 555 U.S. 460 This was a case of a city versus a small religious group. The Summum’s are a small group of people who believe in the art of mummification and other things pertaining to Egyptian culture. The city of Pleasant Grove, Utah was presented with a predicament from the Summum group. The Summum’s wanted to give a donation of a monument to the city. However, the Summum’s monument had their 7 aphorisms on the monument; these aphorisms are the principles that the Summum’s hold to in their daily lives. The Summum group wanted to make the city of Pleasant Grove accept and display their monument beside the Ten Commandments monument that the city had on display in the public park. Dr. Sekulow defended that the government could pick whatever monument they wanted to display due to governmental speech. Sekulow argued this based on the principle that the government also has rights to determine what message they want to display. Again, unanimously, the Supreme Court agreed with Dr. Sekulow’s argument on this issue. 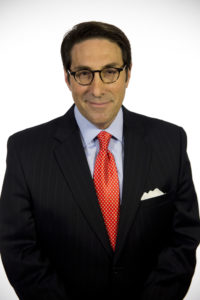 The ACLJ has expanded its offices to France, and Russia; as well as expanding to associated offices in Israel, Pakistan, Kenya, and Zimbabwe. The Israel office in Jerusalem has a particular team that Sekulow has put into place with highly trained professionals. These professionals are in the United States and in Israel to help the Israeli government with matters of National security. The ACLJ shared this quote on their website from Danny Ayalon, Deputy Foreign Minister of Israel,

“Jay Sekulow is a true friend of Israel who has fought with us hand-in-hand in some of Israel’s most strategic, international battles. Jay was instrumentally involved in projects that the President of Israel and the Prime Minister put on our national agenda.”

Throughout his life, Sekulow has been an advocate for many in their quest to find religious liberty. Dr. Sekulow is a great friend to the fight for religious freedom and has spent so much of his time and talents seeking to help those under religious persecution find a voice.