Nation-making: Historical Methods and Their Results

In 1889, American philosopher and historian, John Fisk, produced a writing titled, “The Beginnings of New England.” In this work, he analyzed the progression of government from its earliest forms to the present day. Fisk viewed America as the culmination of government, having moved out of barbaric means and into a society that valued man and provided him with the most beneficial lifestyle: a life lived with liberty, rights, and representation.

Fisk noted that nation-making has been an exceedingly slow process, with very few noteworthy markings over the years. Fisk acknowledged that nation-making through history has been tedious and riddled with injustice and failure, the scars of which we bear today despite having achieved success in producing a nation with liberty, union, and representation. In fact, Fisk noted that political history can be described as, “innumerable primitive tribes coming together to form mighty nations with elevated standards and morals under favorable conditions.”

How did we get to the form of government we have in America today? Fisk makes it easy for us to understand by breaking down the documented years of history into four parts.

The Oriental Method of Government 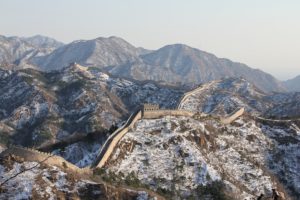 Described as “conquest without incorporation,” the Oriental method of government occurred when a tribe grew to national dimensions by conquering its neighbors (through war). These conquered tribes were added to the existing tribe, but never given a part in the nation’s political life. The hallmark of this form of government, sadly, typically resulted in the conquests becoming nothing more than slaves to the nation. This form of government could not bloom or thrive without war and barriers such as language and religious barriers. The conquests were never fully integrated into the nation, thus did not receive the fruits and benefits that the nation provided, including protection.

The Roman Method of Government 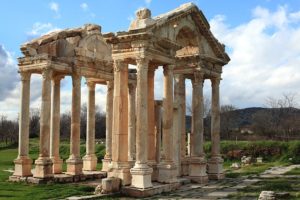 If the Oriental method of government can be described as “conquest without incorporation,” the Roman method of government can be described as “conquest with incorporation, but without representation.” Unlike the Oriental form of government, Rome’s secret sauce was that she included her conquests into her own body politic. Fisk observed that, before Rome, no other nation had brought so many people under their government without making slaves of them. Yes, liberty had existed in tribal communities and the Greek empire. Union had existed under Persian and Assyrian rule. But the Roman government was the first to join liberty and union together. The result? The citizens of Rome received the benefits of Roman civilization and protection. The barriers of language, religion, and custom were toppled. This was a huge accomplishment for mankind.

Fisk’s second observation of the Roman form of government was that over time, Hellenistic and Jewish thought became prevalent throughout the Empire eventually bringing a Christian view of man to the empire. This Christian viewpoint brought a common standard of right and wrong to the nation. Despite this elevated view of man, liberty, and union, Rome still crumbled in 476 C.E. Why?

The Fall of Rome

Ultimately, Rome’s demise was her lack of representation. By giving too much power and strength to her central government, Rome crushed the independence of her citizens. She simply could not govern her people at great distances without local government. Her officials were aristocrats, her civil and military functions were conducted by her generals and prefects. Without representation, she fell into despotism.

The Teutonic/English Method of Government

The great experiment called America was the first time that liberty, union, and representation were combined to form a government that could oversee the nation over a large geographical area. Scholars including Fisk and de Tocqueville agree that the reason America was able to do this was due to a common moral standard that resulted in the individual’s ability to govern himself. Christian self-government was the key to bringing forth the liberty that man craved. With local, state, and federal governments as safeguards to liberty and protection of property, America thrived as no nation ever had before. 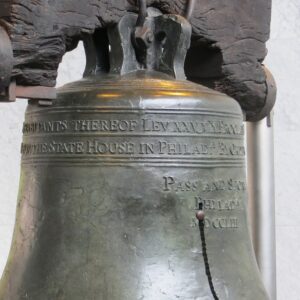 Prior to Christianity, mankind had little regard for the individual. Man’s worth was based on what he could provide to the government. Through the message of salvation in Christianity, a new approach and appreciation for the individual flourished. The recognition of man’s inherent rights—his value as an individual, his sacred property of conscience, his liberty—was the catalyst needed to create the government we have today.

Fisk wrote, “The inherited predatory tendency of men to seize upon the fruits of other people’s labor is still very strong, and while we have nothing more to fear from kings, we may yet have trouble from commercial monopolies and favored industries, marching to the polls their hordes of bribed retainers. Well indeed it has been said that eternal vigilance is the price of liberty.”

Education is Key to Liberty

Sadly, America has not been vigilant in guarding against this predatory tendency. Despite the original goal of public schools set forth by Puritans in Massachusetts to ensure that children would be able to read Scripture, the Barna Group has discovered that Bible-centeredness is decreasing, and skepticism is growing. Simply put, Americans are not being taught their heritage and are on the verge of trading their birthright for a mess of pottage. That mess of pottage is what mankind fought for thousands of years to shed – governments without liberty, unity, and representation.

Educating from a Providential View

A providential view of history means that God is actively involved in every aspect of life, telling His story throughout history for His plans and purposes. When we look at history, especially governmental history, through this lens, we can see God at work to create a nation where His values and principles create the core of the government. The creation of America’s government did not happen by chance, nor is it surprising that our form of government provides the most individual freedom, rights, and opportunities that mankind has ever known.

Liberty, Union, and Representation in Government is Our Responsibility to Steward

May we, as beneficiaries to this great government, fought for and dreamed of for thousands of years, resolve, as Abraham Lincoln so eloquently stated, “that this nation, under God, shall have a new birth of freedom, and that government of the people, by the people, for the people, shall not perish from the earth.”

Hall, Verna. The Christian History Of The Constitution of the United States of America: Christian Self-Government. Foundation For American Christian Education, 2006.