The Role of Geography in History

Like me, you were probably educated in such a way that Geography class was wholly separated from History. In fact, it may have even been lumped into a unit or two under the nebulous title, “Social Studies.” What if Geography played a huge part in History?

In the eyes of Arnold Guyot, geologist and geographer of the early 1800s, “In the grand drama of man’s life and development, Asia, Europe, and America play distinct parts, for which each seems to have been admirably prepared.”

In his book, Physical Geography, Guyot expands upon the thought that each continent played a role in the progress of man. He cites that Asia, the continent of origins, being the largest continent and central to the others, boasts diverse regions with strong physical barriers that separated cultures from each other. The diversity created by Asia’s geography expanded outward, eventually settling the continent of Europe.

With its smaller areas and abundant resources, Europe quickly became the continent of development. It is in Europe’s history that we see the advancement of man in the arts and in learning. Knowledge and progress walked hand-in-hand in Europe, all while forming distinct nationalities. These nationalities, because of their proximity to each other, refined the art of communication which, because of physical land barriers, was inhibited in Asia. 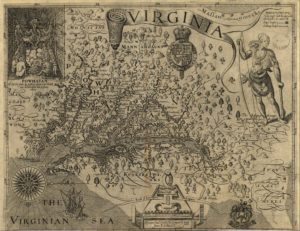 America, different in position and climate to Europe and Asia, invited human expansion. As Guyot states, “Evidently, this [new] continent was not designed to give birth and development to a new civilization; but to receive one ready-made…Its vast plains, overflowing with natural wealth, are turned towards Europe, and its largest rivers discharge into the Atlantic; while its lofty mountains, and less fertile lands, are removed towards its western shores…”

The physical aspects of the land that would become America made those who were dreaming of freedom yearn to settle there. America offered these dreamers a treasure-trove—abundant natural resources, good soil and climate for growing food, rivers large and small for transporting goods inland and out, vast coastlines for trade, and more.

As we trace the development of man, we also see a governmental development taking place. This development was that of liberty. As mankind moved westward, so did the concept of liberty expand in the minds of men. Through time, the development of thought, and the harshness of experience, mankind reached his prime—knowledge was wisely applied to society, shaking off the bonds of tyranny, endowing mankind with the pleasures of liberty.

The conformation of the surface of the earth—geography— truly is linked with the progress of man — history.

Works Cited: Hall, Verna. The Christian History Of The Constitution of the United States of America: Christian Self-Government. Foundation For American Christian Education, 2006.