“In the blink of an eye twenty years slip by,
In an instant of time so much goes awry.”

When I think back on that fateful day, I can still see through the misty haze of time and the myriad interactions that have comprised my life since then. Words like shock, disbelief, fear, rage, and, finally, hope describe the range of emotions that assaulted my mind in the early days after the terrorist attacks.

There was an eerie quiet in the restaurant as we met for a pre-scheduled dinner with my extended family from another part of the state on the evening of September 11. No one really felt much like eating, to be sure. Some of us couldn’t wait to get home to watch the news on TV. Yes, much has changed in these twenty years, including 24/7 access to just about anything you want to know (or not know).

As soon as the dust began to settle (literally and figuratively), governmental leaders began to emerge, showing support and solidarity. It was like sunshine breaking through the clouds on a dark, dismal, rainy day. Could this be the beginning of a sea change in America? Was there a warning in the attack, a wakeup call? Could the shock and horror of so many lives lost actually help precipitate a turning of America back to our Christian foundations as a nation? After all, men and women from both sides of the political divide were holding hands and singing “God bless America” together. Churches filled up with truant parishioners and new seekers. Would a new golden age for America finally arrive? 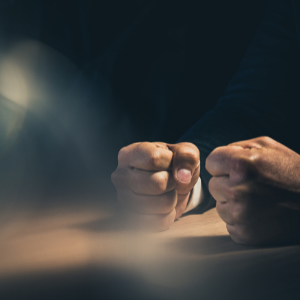 Sadly, or rather, tragically, the music faded, the handshakes turned into clenched fists, the unifying words became caustic, and the churches emptied again. How quickly the fleeting appearance of the glowing sun faded. What went wrong? How did we miss this golden opportunity to right the wrong, to resurrect truth and faith in our land? And what about civility? It became increasingly clear that there would be no Great Awakening this time.

After the initial shock (and awe) and rallying cry, things in America surely and steadily went back to normal. In truth, things got worse as America rushed toward the precipice of the current disaster we call 2021. To say that things have changed quickly in our national culture is the understatement of the century. My head spins as I try to grab hold of the present reality. By whom was the intentional and fundamental transformation of America engineered? Political operatives? The “deep state”? The mainstream media? How about social media? It takes little brainpower to see the conjunction of these societal strongholds as jointly playing a part in the unravelling of America’s faith and values over the 20 years since 9-11.

The cold water of reality is finally bringing the much-needed clarity of the existential threat we face as Americans. America is at a crossroads. This is not just a cliché; it is the stark truth. And a choice will be made. The Book of Jeremiah provides a focusing glimpse into the dilemma America faces:

“Go stand at the crossroads and look around.
Ask for directions to the old road,
The tried-and-true road. Then take it.
Discover the right route for your souls.
But they said, ‘Nothing doing.
We aren’t going that way.’
I even provided watchmen for them
to warn them, to set off the alarm.
But the people said, ‘It’s a false alarm.
It doesn’t concern us.’
And so I’m calling in the nations as witnesses:
‘Watch, witnesses, what happens to them!’ Jer. 6:16-18 (MSG) 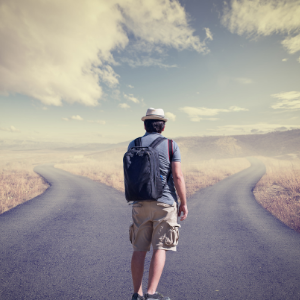 Obviously, this passage was written to and about ancient Israel. However, the parallels to the current choice before America are startling. Paul clearly taught the early church that “[e]ven if it was written in Scripture long ago, you can be sure it’s written for us. God wants the combination of his steady, constant calling and warm, personal counsel in Scripture to come to characterize us, keeping us alert for whatever he will do next” (Rom. 15:4, MSG.)

What can learn from the passage? For starters, because of Israel’s choice to go their own way, they suffered unspeakable calamities as a nation. What were the old ways—the tried-and-true road—of which God spoke? Again, the parallels are striking. Israel was a nation, the nation, to whom God gave His Law, His Word. If they would but return to their foundations, restore their history, and learn from it, they would be rescued from the growing threat they faced. In AD 1630, John Winthrop, a Puritan pastor delivered a sermon during the passage across the Atlantic Ocean to America. Winthrop reminded them of the “old-ways, the tried-and-true road” found in God’s Word. The people were to models of Christ in all they did.

As he drew his sermon to a close, Pastor Winthrop gave contrasting reminders of the consequences of the choices they would face as a colony. If they remained true to God’s path, “The Lord will be our God, and delight to dwell among us, as his own people, and will command a blessing upon us in all our ways. So that we shall see much more of his wisdom, power, goodness and truth, than formerly we have been acquainted with. We shall find that the God of Israel is among us, when ten of us shall be able to resist a thousand of our enemies; when he shall make us a praise and glory that men shall say of succeeding plantations, “the Lord make it like that of New England.”

Then the sobering alternative came: “For we must consider that we shall be as a city upon a hill. The eyes of all people are upon us. So that if we shall deal falsely with our God in this work we have undertaken, and so cause him to withdraw his present help from us, we shall be made a story and a by-word through the world. We shall open the mouths of enemies to speak evil of the ways of God, and all professors for God’s sake. We shall shame the faces of many of God’s worthy servants, and cause their prayers to be turned into curses upon us till wee be consumed out of the good land whither we are a going.” 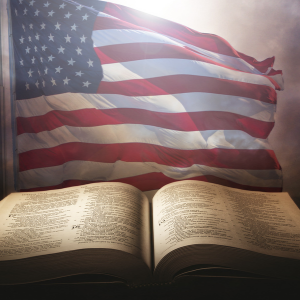 It is clear to believing Christians that America has made a choice to travel down a dark path. However, we must not be overcome with despair. We are not without hope! The same prophet who prophesied Israel’s doom, offers this declaration by God, which includes all nations: “At one moment I might speak concerning a nation or concerning a kingdom to uproot, to pull down, or to destroy it; if that nation against which I have spoken turns from its evil, I will relent concerning the calamity I planned to bring on it” (Jer. 18:7-8, NAS).

Additionally, God told King Solomon that if “My people who are called by My name humble themselves and pray and seek My face and turn from their wicked ways, then I will hear from heaven, will forgive their sin and will heal their land” (2 Chron. 7:14, NAS).

I have seen and participated with tens of thousands of American Christians in recent years who have been crying out to God in repentance, asking for forgiveness for the atrocities that have filled our national cup to overflowing. Again, we are not without hope. God hears the prayers of His people and will respond!

September 11, 2001, will always be a defining moment in America’s history. Studying and understanding our nation’s Christian founding and history is the lifeblood of our future. We must seek its truth with open eyes and teachable hearts. Twenty years after 9-11, America is at another crossroads – a defining moment. We cannot escape the choice that stands before us—a decision with serious consequences. Let us once again follow “the old road, the tried-and-true road” that will lead to God’s blessing and the fulfilling of America’s God-given destiny to be a beacon light of true liberty to the world.