What does being a Christian cost you?

I have been leading the 9th grade field study to Boston and Plymouth, Massachusetts every year since the Fall of 2004. Each year, I am re-inspired by the stories of sacrifice, bravery, courage, and fortitude that the Pilgrim and Patriot fathers and mothers displayed. Whether we are talking about John and Abigail Adams and the many sacrifices they made (and the generational legacy they left), or heroes Paul Revere, Dr. Joseph Warren, John Hancock, Samuel Adams and others, they are stories story I never tire of hearing. What really moves me (and often, my students and their parents) is the thought of the hundreds and thousands of average Boston patriots (and those from other colonies once the War for Independence began) who risked and/or gave their lives on Bunker Hill (and subsequent battles), whose names were never recorded in history—men who left their families to go fight for freedom and women who supported the fight in innumerable ways. It has become a wonderful yearly tradition for me to be reminded of the great sacrifices made on my behalf. 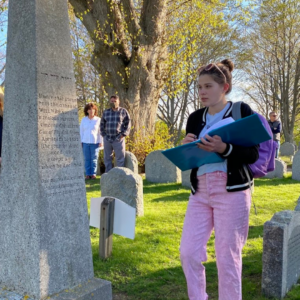 When we are in Plymouth, I am reminded of the awesome story of 102 passengers on the Mayflower, 51 of whom died before the first winter. And yet, out of those 51 survivors (only 4 women, by the way), approximately 10% of the modern U.S. population can trace their lineage directly back to a Mayflower passenger from the 1620 voyage. These people literally gave all they had. They left their home country, came to an unknown land, and not only survived, but eventually thrived. From the Pilgrims, we get lessons about economic freedom, the equality of blind justice, care for the needy, friendship with the Natives of the land, self-government, and so much more.

However, after 17 trips, this past year’s had a revised theme. The focus of the trip had always previously been “The Cost of Liberty.” That is the main theme to which the students (and parents) are driven back the entire time we are traveling and studying. What did spiritual liberty cost the Pilgrims? What did civic liberty cost the Founding Fathers?

The Battle of Flesh vs. Spirit

As I was lying in bed the night before this trip, another tradition, a disagreeable one, that I have before each trip, crept in. I usually lay in bed going over the itinerary in my head, thinking of what I must have forgotten, making sure multiple alarms are set so I don’t oversleep, etc. This particular trip had me even more restless than usual. You see, as a leader of students, I had become troubled and if I’m honest, frustrated, with what appeared to me to be a lack of connection between being a Christian and living as a Christian. Many modern American Christians know not to do the “bad stuff.” In many ways, their lives are quite different from someone who is not a Christian. But, Scripture is clear that if your heart is lusting, you’ve committed adultery and if your heart is angry or hateful, you’ve committed murder. The struggle to maintain a right relationship with God while also enjoying at least a little bit of the world’s sinful pleasures is not a new problem. It is part of that battle of will vs. flesh that Paul bemoans in Romans 7. To simplify, I’m talking about being lukewarm (Rev. 3:16). 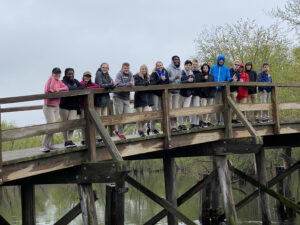 The struggle is real for adults, but our children are no different. In some ways, this struggle can be more difficult for them. Children are prone to succumbing to the temptations of the world if it will help them fit in, achieve status, gain self-esteem, and…well, the list could go on. If adult Christians struggle with the battle of the flesh vs. the spirit, why should we expect it to be different for our children? Still, there is the hope that if we keep them in church, make the Bible the forefront of our home, put them in Christian schools, they will surely be free from the temptations of trying to be both “in” the world and “of” the world.

It is something I have always struggled with as a Christian educator. On this sleepless night, I had a sudden, yet simple realization. When it comes to their faith, in large part, many of today’s youth don’t have to work for it. To clarify, I’m not talking about working for salvation. I am talking about living an active faith that requires ownership of one’s relationship with Christ and His work in one’s life, and intentionality in actively seeking out the sanctification process. When one grows up in a Christian environment, it is possible, if not common, for his faith to simply be handed to him. The salvation experience is genuine. The profession of faith is real. But, when it comes to being intentional in the spiritual disciplines, the things that help sanctify an individual over time, those things are often done for him. He is told to memorize Scripture as part of school (and/or church) assignments, devotions are a family or teacher-led affair, and knowledge of Scripture and biblical literacy comes in academic forms (Sunday School, church, and/or Christian school).

A New Perspective of Liberty

So, as I lay there that night mulling these things over and praying, a revision of our yearly trip theme hit me. I believe it was the Holy Spirit. Instead of focusing on the “Cost of Liberty”, I rephrased the question to our students the following morning before we left:

When was the last time being an American citizen cost you something?

When was the last time being a Christian cost you something?

The answer to the first question has great discussion points about civics, citizenship, rights, duties, responsibilities, etc. But, the answer to the second question was a sobering thought. Of course, when I asked myself the question, I was not too happy with the answer. If I’m being honest, I’m not sure if I can think of a time when my faith ever really cost me something of high value. Sure, there have been times when I’ve been teased for my beliefs. There have been times when I’ve said “no” to a movie or some music because I felt convicted. But, when I thought of our Pilgrim forefathers in particular, and the price they paid to be able to follow what they believed God was calling them to do, I felt ashamed for ever complaining about anything I’ve ever had to endure for my faith. 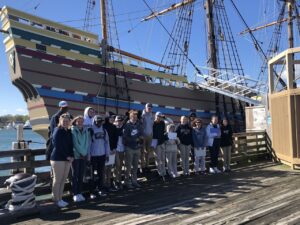 So, there is the challenge. What does being a Christian cost you? Jesus said, “If any man wishes to come after me, he must deny himself, and take up his cross daily, and follow me” (Luke 9:23). For some, there is and has been a great cost. For most of us in 21st Century America, there has not. Let us be careful here. We do not need to adopt a martyr complex where we need to intentionally create suffering for ourselves to better identify with Christ. The bottom line is that, when your faith and worldview are handed to you, it can only penetrate into the heart so far. There has to be a level of ownership and intentionality. All of the things listed above (Scripture memorization, Bible class, chapel, sermons, formal teaching, etc.) are good, wonderful, important, and necessary. They don’t need to be replaced. They need to be supported with training and opportunity for people to engage their “faith muscles.” As a school leader, I am thankful for the night of sleepless frustration that God used to make this clear to me. I want to do a better job of teaching the spiritual disciplines to our students, equipping them in how to walk them out, and then providing opportunities for them to do so.

As has been said, God does not have any grandchildren. There is no generational Christianity. Each person must own his personal faith and relationship with the living Christ. For relationship to exist, intentionality is mandatory.

Dan Stone is the headmaster at Dayspring Christian Academy. His passion for American history is clearly seen in the teaching roles he holds at the school. Dayspring Christian Academy is one of many Principle Approach schools in America and abroad. To learn more about our school, please register for a private tour or contact Karol Hasting at khasting@dayspringchristian.com or 717-285-2000.