Visit any Christian bookstore or website, and there you will find a section of inspirational posters depicting images of beautiful sunsets, beaches, shadowy mountain vistas, or people raising their arms in praise. Others have kittens or puppies captioned with admonitions to “never tire of doing good” or to reminders that “God will never leave you” or to “be still.” These are all wonderful, don’t get me wrong, but in thinking of Christian apologetics, does soft-selling the Bible equip children to defend the faith as we endeavor to lead them to grow in it? After all, the Bible is a dark book, even as it presents the contrasting Light that overcomes the darkness.

The satirical Christian website Babylon Bee made this point in their tongue-in-cheek, yet pointed, version of a Christian poster. Against the backdrop of a silhouetted person standing in a wheat field with her hands raised in praise, is emblazoned, in lovely italic script, Judges 3:21-22:

Ehud drew the sword from his right thigh and plunged it into the king’s belly. Even the handle sank in after the blade, and his bowels discharged. Ehud did not pull the sword out, and the fat closed in over it.

This made me chuckle, but the point was not lost on me. If Satan has a canny way of wrapping sin in shiny packages, which he does, it is also true that some Christian parents and Sunday School curricula wrap biblical truth in flower-scented bubble wrap.

N.D. Wilson, a Christian and prolific writer of children’s fiction, defends the idea of seeing to it that children are safely exposed to gritty truths in light of solid biblical worldview teaching. He explains,

Every kid in every classroom, every kid in a bunk bed frantically reading by flashlight, every latchkey kid and every helicoptered kid, every single mortal child is growing into a life story in a world full of dangers and beauties. Every one will have struggles and ultimately, every one will face death and loss. There is absolutely a time and place for The Pokey Little Puppy and Barnyard Dance, just like there’s a time and a place for footie pajamas. But as children grow, fear and danger and terror grow with them, courtesy of the world in which we live and the very real existence of shadows. The stories on which their imaginations feed should empower a courage and bravery stronger than whatever they are facing. And if what they are facing is truly and horribly awful (as is the case for too many kids), then fearless sacrificial friends walking their own fantastical (or realistic) dark roads to victory can be a very real inspiration and help. My view of violence and victory in children’s stories hinges entirely on my faith. Samson lost his eyes and died…but he has new eyes in the resurrection. Israel was enslaved in Egypt, but God sent a wizard far more powerful than Gandalf to save His people. Christ took the world’s darkness on his shoulders and died in agony. But then…Easter. In the end, good wins. Always. 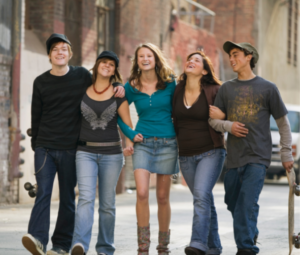 We are living in a time when, for a great many people, Christianity is synonymous with hate. Our children will be confronted with that sentiment more and more as they grow. Keeping children from hard truths can sometimes have the opposite of the desired effect. Without a solid foundation in biblical truth and an equipping of children with the knowledge of Christian apologetics, children may grow to, at the very least, acquiesce to culture in order to fit in, or worse, turn their back on Christianity all together in favor of popular culture, which, without proper equipping, may seem more appealing. If a child is not front-loaded with “cultural street smarts,” he or she has little chance of sticking with the beliefs instilled in their childhood. Children must be given the tools to “demolish arguments raised against the knowledge of God” (2 Corinthians 10:5).

(W)hen it comes to the battle of ideas, it is assumed that merely being raised in a Christian environment will ensure their children’s spiritual well-being. But did you know that research shows that being raised in a Sunday School environment is actually correlated with a less biblical worldview?

So in a culture that not only scrapes against the grain of Christian principles, but also brands Christians as a hate group, how do parents help children develop the faith muscles to not only “demolish arguments,” but to do so winsomely and with grace so that in the end they will be a person who will “hold firm to the trustworthy word as taught, so that he may be able to give instruction in sound doctrine and also to rebuke those who contradict it” (Titus 1:9)? 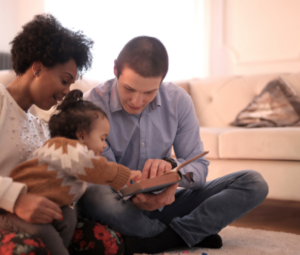 Here are three ways to help children develop strong Christian apologetic muscles that will flex in defense of the truth as they grow into adulthood.

1. Expose them to the entirety of Scripture from an early age.

Singing vegetables and cute wooden Noah’s ark toys are precious, but they do little to demonstrate the truth of the Bible stories they represent. Like countless Bible stories, the story of Noah is replete with messy, vulgar, vile sin that was so offensive to God that he saw fit to wipe out the entire world.

The Lord saw that the wickedness of man was great in the earth, and that every intention of the thoughts of his heart was only evil continually. And the Lord regretted that he had made man on the earth, and it grieved him to his heart. So the Lord said, ‘I will blot out man whom I have created from the face of the land, man and animals and creeping things and birds of the heavens, for I am sorry that I have made them.’ (Genesis 6:5-7)

The depth of sin in Noah’s time extended beyond humans to angels, who fornicated with them, resulting in a powerful and evil race of people. You don’t see those guys in your child’s wooden Noah’s Ark set. Yet, this is God’s story. The story of Noah, in all its nefariousness, is a treasure trove of hard truths. Relegating it to docile and adorable animal couples being tended by a portly and smiling Mr. and Mrs. Noah dilutes the real message of sin and the dire consequences of grieving a holy God.

Wisely exposing children to the sordid and difficult truths of scripture equips them to “not be surprised at fiery trials” when they come (1 Peter 4:12). Viewing fiery trials as the rule and not the exception will beef up a child’s apologetic muscles, making them a Christian force to be reckoned with in a cultural debate. 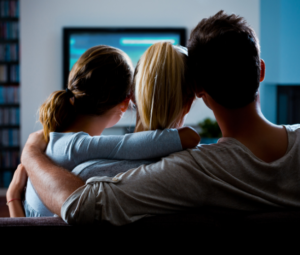 Many Christian parents are rightly vigilant about how much culture they allow their children to consume. However, too often the barometer for the appropriateness of media, for example, is a secular rating system. A ‘G’ rating on a film may guarantee safety from foul language and graphic content, but it in no way guarantees a safe worldview. A discerning Christian parent will appraise a film’s appropriateness by what it can teach. An ‘R’ rating should not necessarily discount a film if teachable moments can be had as a result of watching it. Again, in explaining why he allows his children to read and watch gritty content, N.D. Wilson argues, “…the goal isn’t to steer kids into stories of darkness and violence because those are the stories that grip readers. The goal is to put darkness in its place.”

“Where do babies come from” will not be the toughest question a child asks. If a child is allowed free rein in reading both Testaments of the Bible, and if they are exposed to the grittiness of culture in the safe setting of their home, difficult questions are inevitable. The Bible addresses prostitution, adultery, murder, homosexuality, the killing of babies, and many other examples of the darkness of life on a fallen planet. Culture will introduce them to abortion, transgenderism, radical feminism, racial violence, and increasing religious persecution. Shying away from hard subjects will not prepare children to defend a faith that is constantly under attack. In fact, sheltering them from gritty realities is the antithesis of protecting them from them. An unprepared child may confuse counterfeit beauty for the real thing once they strike out on their own.

Dayspring Christian Academy understands the urgency of inculcating biblical truth to students against the backdrop of the raw realities of the world. Children as young as fourth grade have reasoned biblically, through the oration process, topics such as abortion, the biblical view of marriage, and religious persecution. In science classes, the truth of God’s creation is juxtaposed against evolutionary thought. In Bible classes, prevailing worldviews are held up against biblical truth. The goal is to bring a child to a saving faith that is their own, and to demonstrate that the Christian faith is rational and understandable.

Finally, N.D. Wilson writes, “(Children’s) imaginations respond to being empowered against the things that terrify them.” And what empowers a child’s imagination? The truth that the “Lord your God is God, the faithful God who keeps covenant and steadfast love with those who love him and keep his commandments, to a thousand generations” (Deuteronomy 7:9).

The world is a gritty place. God is the Cleanser of grit. But a child will not realize what needs cleansing if he can’t recognize the grit in the first place. Constantly holding culture, in whatever form they consume it, up against the beauty of Scripture will lead children to love truth and the God who embodies it as much as you do. And it will give them a discerning ear when engaging culture on their own.

If you are looking for a Christian school in Lancaster, PA, please schedule a private tour or register to attend one of our Open Houses. If you would like more information about Dayspring Christian Academy or the Principle Approach, please call Karol Hasting at 717-285-2000.