Principles of the Principle Approach: Part 3 of 3

In early August, Dayspring Christian Academy’s staff and faculty gathered together for three days of training and development for the coming year. The in-service was focused primarily on enhancing the understanding of the Principles of the Principle Approach. These seven rudiments, or principles, form the foundation of Dayspring’s method of teaching: The Principle Approach. Every class, each subject, and each teacher at Dayspring Christian Academy reflects these pillars. In this blog post, we’ll take a look at Principles 5, 6, and 7 and their Scriptural basis.

Principle #5. Christian Form of Our Government

We see the roots of our Christian form of Government in Exodus 18:21, Deuteronomy 1:9-19, and Isaiah 33:22. Peppered through historical documents we find statements such as “The Bible is the rock on which our republic rests.” (Andrew Jackson, June 8, 1845) and “America was born a Christian nation. America was born to exemplify that devotion to the elements of righteousness which are derived from the revelations of Holy Scripture.” (Woodrow Wilson, “The Bible and Progress” speech, May 7, 1911.)

Chief Justice Earl Warren, addressing the annual prayer breakfast of International Council of Christian Leadership in 1954 stated, “I believe no one can read the history of our country without realizing that the Good Book and the spirit of the Savior have from the beginning been our guiding geniuses…(in most of the founding charters)…the same objective is present: a Christian land governed by Christian principles.” 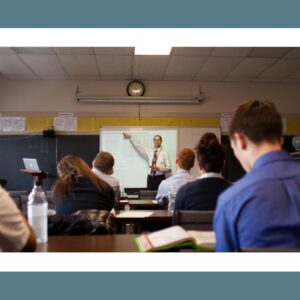 Christianity has a form of government—internal Christian self-government, and that produces Christian civil government.

Principle #6. How the Seed of Local Self-Government is Planted

“The external threat to our nation will never be so great as the challenge within. That challenge is a challenge to the integrity of individual Christian self-government. The art of self-government is learned through ‘the study and practice of the exalted virtues of the Christian system.’” (Samuel Adams, 1790, in a letter to John Adams)

“The government of the United States is acknowledged by the wise and good of other nation, to be the most free, impartial, and righteous government of the world; but all agree, that for such a government to be sustained many years, the principles of truth and righteousness, taught in the Holy Scriptures, must be practiced. The rulers must govern in the fear of God, and the people obey the laws.” Emma Willard, 1843

The key to planting the seed of self-government is the diligent teaching and planting of truth. This “seed principle,” is applied daily in each class and course at Dayspring Christian Academy. The Word of God is the seed, planted first in the heart of the child by his parents, then by churches and schools. The seed is planted to produce fruit. The seed is sown by Jesus and harvested in His time.

This principle states that there must be a common unity on the basic principles which are foundational to the nation. Unity, which is internal to the nation, must precede external union. We find calls to unity throughout Scripture including in Ephesians 4:13, I Corinthians 1:10, Psalm 133:1, and Ephesians 4:1-3. We see examples of unity in our American history by looking at the Boston Patriots and the Tea Party and the subsequent Port Bill and unified reaction. We also see unity in the Days of Fasting and Humiliation, the cementing of the American Union Committees of Correspondence, and the response of the other colonies to the Boston Tea Party.

Tuesday, September 17, 1787, is perhaps, the most pointed example of a call to unity. It was on this day that Benjamin Franklin rose at the Constitutional Convention with a speech in his hand. This speech was read by James Wilson and said,

I confess that there are several parts of this constitution which I do not at present approve, but I am not sure I shall never approve them: For having lived long, I have experienced many instances of being obliged by better information, or fuller consideration, to change opinions even on important subjects, which I once thought right, but found to be otherwise. It is therefore that the older I grow, the more apt I am to doubt my own judgment, and to pay more respect to the judgment of others. Most men indeed as well as most sects in Religion, think themselves in possession of all truth, and that wherever others differ from them it is so far error…

“In these sentiments, Sir, I agree to this Constitution with all its faults, if they are such; because I think a general Government necessary for us, and there is no form of Government but what may be a blessing to the people if well administered, and believe farther that this is likely to be well administered for a course of years, and can only end in Despotism, as other forms have done before it, when the people shall become so corrupted as to need despotic Government, being incapable of any other. I doubt too whether any other Convention we can obtain may be able to make a better Constitution. For when you assemble a number of men to have the advantage of their joint wisdom, you inevitably assemble with those men, all their prejudices, their passions, their errors of opinion, their local interests, and their selfish views. From such an assembly can a perfect production be expected? It therefore, astonishes me, Sir, to find this system approaching so near to perfection as it does; and I think it will astonish our enemies, who are waiting with confidence to hear that our councils are confounded like those of the Builders of Babel; and that our States are on the point of separation, only to meet hereafter for the purpose of cutting one another’s throats. Thus I consent, Sir, to this Constitution because I expect no better, and because I am not sure, that it is not the best. The opinions I have had of its errors, I sacrifice to the public good. I have never whispered a syllable of them abroad. Within these walls they were born, and here they shall die. If every one of us in returning to our Constituents were to report the objections he has had to it, and endeavor to gain partizans in support of them, we might prevent its being generally received, and thereby lose all the salutary effects and great advantages resulting naturally in our favor among foreign Nations as well as among ourselves, from our real or apparent unanimity. Much of the strength and efficiency of any Government in procuring and securing happiness to the people, depends, on opinion, on the general opinion of the goodness of the Government, as well as well as of the wisdom and integrity of its Governors. I hope therefore that for our own sakes as 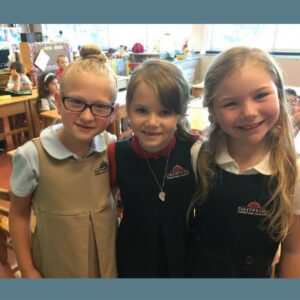 Dayspring Christian Academy seeks to partner with families and churches in equipping students to acknowledge the Lordship of Jesus Christ in every area of life.

a part of the people, and for the sake of posterity, we shall act heartily and unanimously in recommending this Constitution (if approved by Congress and confirmed by the Conventions) wherever our influence may extend, and turn our future thoughts and endeavors to the means of having it well administered.

“On the whole, Sir, I can not help expressing a wish that every member of the Convention who may still have objections to it, would with me, on this occasion doubt a little of his own infallibility, and to make manifest our unanimity, put his name to this instrument.”

The Christian Principle of American Political Union shows us that our American political union is to be a Union with Unity.

Seven principles form the manner by which we, at Dayspring Christian Academy, educate. While there are many other principles in The Principle Approach, these seven keys are frequently found woven throughout our curriculum, modeled through our teachers, and form the mission of Dayspring Christian Academy: to partner with families and churches in equipping students to:

* Acknowledge the Lordship of Jesus Christ in every area of life

* Become citizens of excellence in Christian character and scholarship

Did you miss last weeks post? Click here to read part 1 or part 2 of this blog series!

For more information about the Principle Approach, or to learn more about Dayspring Christian Academy, please contact Karol Hasting at 717-285-2000.